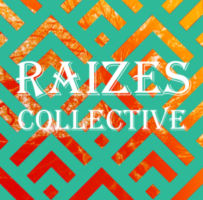 Born in the Central Valley and raised in Sonoma County, Manny is a fifth-generation Mexican American and the first in his family to attend a four-year University – UCLA. He is also a performance artist and writer, studied commedia dell’arte style mask and movement and has been performing for more than twenty years. After studying Marcel Marceau, Manny began performance as a Mime in Santa Rosa while in middle school and high school. He was “Charlie” in a high school performance of “A Detective Story” and “Danny Zuko” in the spring production of “Grease”. He was a founder of the “break dancing” group “Chain Reaction” that featured a diverse group of dancers that were featured in the Press Democrat and performed at many local schools. The group would compete with other groups in front of the Santa Rosa Mall on 4th Street. Members of the group were instructors at local dance studios and taught “break dancing” forms. In 2005, Manny was part of an annual production for “dia de los muertos” titled “Calavereando” at Highways Performance Space in Santa Monica, CA, under the direction of Paulina Sahágun. He performed in the Carmen Zapata Theater production of “Too Many Tamales” as Papa. In 2009, he was listed as an ‘emerging artist’ in Los Angeles by ArtSlant Magazine. Manny was last seen in “The Blue Marble” under the direction of Dan Kwong, and part of Great Leap, under Nobuko Miyamoto. He is also a playwright and hopes to produce and perform Canción de mi Vida (Song of my Life) on the life of his maternal Tejana grandmother.

Jerry Kohler grew up in Seattle, WA moved to Portland, Oregon at age 13 then relocated to Sonoma County in 2012. He Received his Bachelor’s degree in Business in1969 and obtained his MBA from Marylhurst University in 2000 and has served in the US Air Force, Accounting section from 1970-1974. After working for a few years as an accountant, he started his own accounting business.  After 19 years he transitioned to full time teaching of accounting at a community college in Gresham, Oregon. Kohler retired in 2012 but teaches accounting courses online from time to time. He has served on the Raizes Collective board since 2015 and is on the board of NISGUA (Network in Solidarity with the People of Guatemala with offices in Oakland, CA and Guatemala City) as treasurer.  Their primary mission is to provide human rights accompaniment to the Mayan people. He enjoys photography, hiking and reading.

Saraisabel was born in Oxnard, CA and then later moved to Sonoma County where she currently resides. Saraisabel received her Bachelor of Arts from the University of California, Santa Cruz in Sociology with an emphasis in education. During  her time in college she was actively involved with Hermanas Unidas, which is a non-profit organization that promotes the importance of education, networking and community service to predominantly the latinx/ chicanx community. She currently works as a Program Coordinator for Latino Service Providers, which is a local non-profit providing and sharing information to the latinx community through social media, community outreach and networking events. As a result, her goal is to empower and educate the community in order to reduce disparities. Saraisabel considers herself a young professional that is constantly exploring, learning and expanding her professional development. Saraisabel would like to continue to use her platform and reach out and support her community. Her biggest motivator is her niece Emiliana, who motivates her to be a role model for all young women of color wanting to reach their greatest potential. Outside of  work, Saraisabel enjoys traveling, music, painting and spending time with her family & friends.

Jorge Inocencio is a life-long resident of Santa Rosa. He grew up in Roseland, graduated from Elsie Allen High School, attended Santa Rosa Junior College and completed his Bachelor’s degree in electrical engineering at Sonoma State University. He is currently an electrical engineer at Keysight Technologies.

Born and Raised in Sonoma County, Kathryn Lombera is a wife, mother, and Indigenous Birthworker currently serving Pomo Territory with traditional Mexican Indigenous labor, postpartum and plant medicine support. Though Kathryn has a professional career background in retail banking operations, she is a lifelong student of birth and her ancestral plant medicines, serving the community in any way that she can.

Make your tax-deductible donation to Raizes Collective today to assure our continued support of our diverse local arts community in Sonoma County. Donate